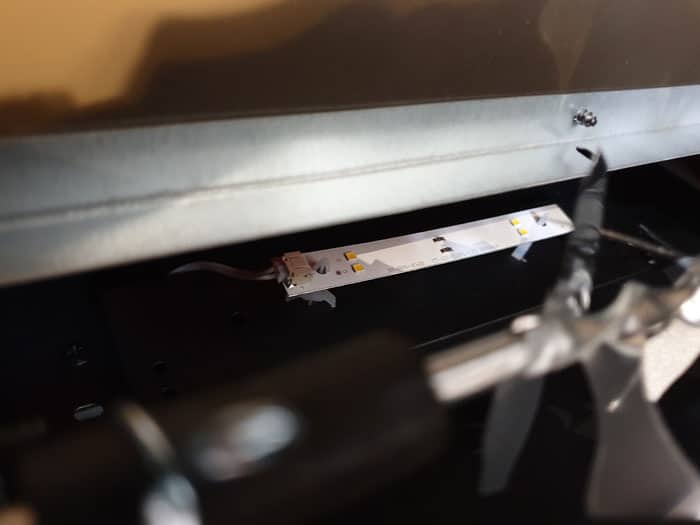 Do Electric Fireplaces Have Light Bulbs?

As electric fireplaces don’t have real flames, there needs to be another way for the flame effect to be created and the heat to be produced.

Electric fireplaces therefore either use LED screens to produce the image of a roaring fire, or use a light source (halogen bulbs or LEDs) to produce the effect of flames by reflecting the light in a particular pattern to imitate flames.

When the lights are switched on, a rod with angled pieces of reflective plastic start rotating just behind the lights at the back of the fireplace. Light is then reflected off the angled reflective pieces from the bulbs or LEDs, and onto the backing screen to produce the effect of flames.

Can An Electric Fireplace Heat A Room?

How An Electric Fireplace Works

How To Use An Electric Fireplace